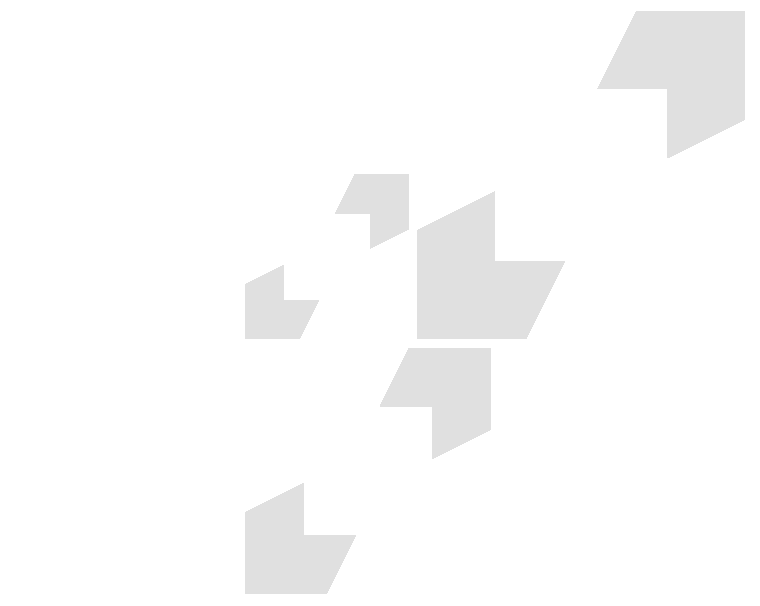 Founded in 1912 and with many successful films to its name, including “The Godfather,” “Indiana Jones,” “Transformers” and “Mission: Impossible”, Paramount Pictures is one of America’s oldest movie studios.

The Challenge: With 10 critical security systems including perimeter protection, fire alarm, intrusion, a 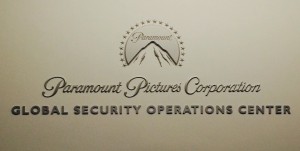 ccess control, and video surveillance systems using different operating systems, the company needed a way to centrally monitor and manage incidents for improved response times and better overall protection. With these disparate systems, it took multiple operators in the command center to respond to an incident, not including the responders on the ground, which meant Paramount needed a more efficient and effective way to respond.

The Solution: For the highest level of security possible, Paramount chose to invest in enterprise command center software (ECCS) by SureView Systems to consolidate all of its security and life safety systems across the globe in a simple, effective, and central-managed security response solution. Paramount combined emergency management, emergency response, and business continuity under the Business Resiliency Group to more effectively identify risks and mitigation practices, and expanded the role of its private command center beyond the monitoring of its production lots to providing 24/7 monitoring of global operations.

SureView’s enterprise platform met the company’s need for a simple, user-friendly, interface that wasn’t over-complicated and didn’t require a lot of time to install, configure and learn. The platform also is UL certified for alarm monitoring.

San Francisco Municipal Transportation Agency (SFMTA) was in need of a solution to maximize the use of CCTV cameras deployed in their transit system; including the buses, trains and subways.

SFMTA needed a platform that could connect to these various video systems for security bur was also flexible enough to be directly integrated into their custom, train monitoring application, Integrated Human Machine Interface (IHMI), developed by their technology partner, B&C Transit. There are more than 1,000 cameras deployed throughout the SFMTA network from a range of manufacturers, including Dedicated Micros, Axis, Exacq and BRS labs.

The SFMTA system includes more than 1,050 buses, cable cars, streetcars, and trains. The agency is also responsible for the municipal railway, which averages more than 750,000 riders a day.

As part of a new initiative, San Francisco Traffic and Transit Security were brought together for the first time under one Transportation Security organization. A new command center called the Transportation Management Center (TMC) was built in the heart of San Francisco to centralize the response of this team.

in 2011, Genzyme has made the security of its physical and intellectual assets a priority since the 1990s, and was among the first companies to define security as a process that encompasses enterprise risk, supply chain, insurance and liability, IT and physical security, and competitive technical information. After Sanofi’s acquisition of Genzyme, the Boston subsidiary’s security leadership became a model for the organization and therefore, was tasked with implementing security integration throughout the global enterprise.

Sanofi, one of the world’s largest pharmaceutical companies, decided to tackle one of the most common problems still facing a large number or organizations around the world today — how to go about integrating and streamlining a multitude of different security systems and sensors into one, easy-to-use interface. After careful consideration, Sanofi opted to implement SureView Systems’  Command Center software platform as a way to not only easily incorporate information from a multitude of physical locations into their global security command center, but also provide an enhanced form of monitoring that would make the jobs of operators much more manageable.

Located in Southern California, the City of Santa Ana is home to more than 330,000 people, making it the second largest city in Orange County and the 11th largest city in the state.

The city, which encompasses a geographic footprint of more than 27 square miles, is also home to numerous local, state and federal agencies that occupy facilities within the Santa Ana Civic Center complex, including the Ronald Regan Federal Building and Courthouse. Given the sensitive nature of these buildings and the agencies located within them, Santa Ana police wanted to have comprehensive surveillance coverage of the area. They decided to implement SureView Systems’ Command Center software as part of a video-sharing initiative that would enable police and various other agencies to leverage each other’s camera assets. 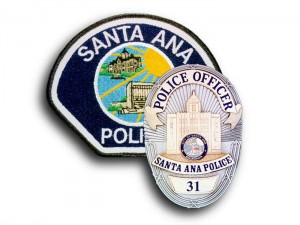 According to Santa Ana Police Officer Otto Laufer, who serves as logistics coordinator for the department’s Urban Area Security Initiative (UASI) office, the police department’s foray into video surveillance began in 2008 with the installation of 48 cameras inside the department’s administration building. Shortly after seeing the success of their camera deployment, however, Santa Ana police wanted to expand the reach of the system to include other critical areas of the city, such as the aforementioned civic center. There was just one problem: The city did not own most of the buildings inside the complex, and police would have to convince the stakeholders involved to allow them to install cameras on their facilities.

“SureView integrates all our security systems into a single user interface providing our team with ability to verify threats and respond to alerts in real-time. This has been a game-changer for AIG Global Security.”

“Cox Enterprises has operations across the nation, and as you would expect with this type of structure, we have a wide range of different security systems. In Atlanta alone, we have four different systems that we need to monitor, so it can be challenging to standardize your response across the varying systems. SureView simplifies all of this. It integrates with all of our systems, it’s easy for our operational staff to use, and it has the flexibility to grow with us.”

“SureView allows us to manage our cascading security environment. If an alarm does not get resolved at a site level, it automatically gets forwarded to our global Security Service Center so we do not have to have multiple procedures for the same alarm. The training around response has become much easier; so from an operator’s perspective, SureView has been a great asset.”

SureView has the best video management products and services to merge multi-vendor, multi-generation products into one easy to use platform. They offer the best solution for public transit agencies. Their staff is very responsive and knowledgeable and provide outstanding customer service. I highly recommend SureView to any organization running a Security Command Center. 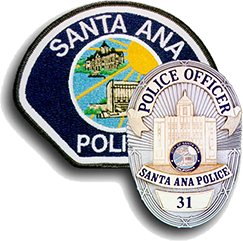 “We see SureView as the enabling technology for the community of independent public and private systems to operate collaboratively and deliver real-time, city-wide situational awareness. SureView allows us to use existing technology to improve our ability to respond quickly and effectively to any emergency situation.”

We are an independent provider of software that improves the ability of security command centers to manage and respond to events. We are committed to delivering an open platform that unifies and transforms security operations. We enable teams and products to work effectively together, respond faster, and unlock opportunities for achieving better security outcomes. With over 15-years-experience, SureView services customers globally in organizations as diverse as corporate enterprise, government entities, critical infrastructure, educational campuses, public safety, and more.